Albeit some distinctive limitations, such as the poor permeability of coal which reduces the amount of CO2 that can be injected, coal seams that are not meant to be exploited also can become storage sites.

The interest of coal seams lie in the fact that after CO2 has been injected, it sticks to the walls of coal and locks in, due to the phenomenon of Adsorption.

Coal seams often contain a vast amount of gas trapped in the internal structure of the mineral. At the selected sites, the gas found is methane, itself an important source of energy. Coal has a greater affinity with CO2 than methane, therefore in the presence of both it will release methane in order to adsorb CO2.

Another particularity of coal is that it can contain twice as much CO2 as methane. Consequently, it would be possible to store CO2 in coal while recovering the methane thus freed and commercialize it – this technique is called enhanced coalbed methane (ECBM).

Reselling methane could repay part of the CO2 injection costs

The methane that is recovered can be commercialized: it represents a vast energetic resource not really exploited today and which could be used more largely in the future thanks to ECBM technique.

Several tests were run to assess the feasibility of large-scale CO2 storage in coal layers with recovery of methane. The permeability of coal seams as well as CO2 and methane adsorption/desorption mechanisms in coal pores still needs to be investigated further – studies are currently being carried out in laboratories and on site to progress in these areas. 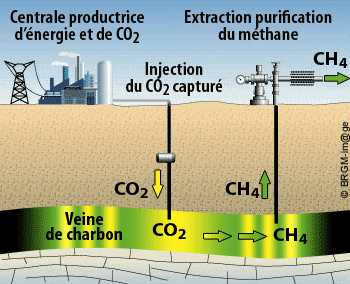 All coal seams are not adapted to CO2 storage

The storage capacity is estimated to about 40 billion tons of CO2. Only formations that are not workable or never exploited are considered for this, as sites which were subject to coal extraction are now riddled with galleries that would constitute as many quick ways out for CO2.

In the coal seams that are not workable, the main obstacle lies in the fact that when coal absorbs CO2, it tends to swell and lose permeability, if not become completely impervious. Another option would be to inject the gas into Aquifer sedimentary areas interspersed between coal seams. The coal faculty of adsorption would then be used as CO2 filter – a sort of large-scale carbon filter.

Numerous projects worldwide were launched to study CO2 storage in coal seams, such as the American Coal-Seq and Canadian MGSC-ECBM, French CHARCO (2006-2010) supported by the ANR, Qinshui basin in China, Yubari Project in Japan and CarboLab in Spain. 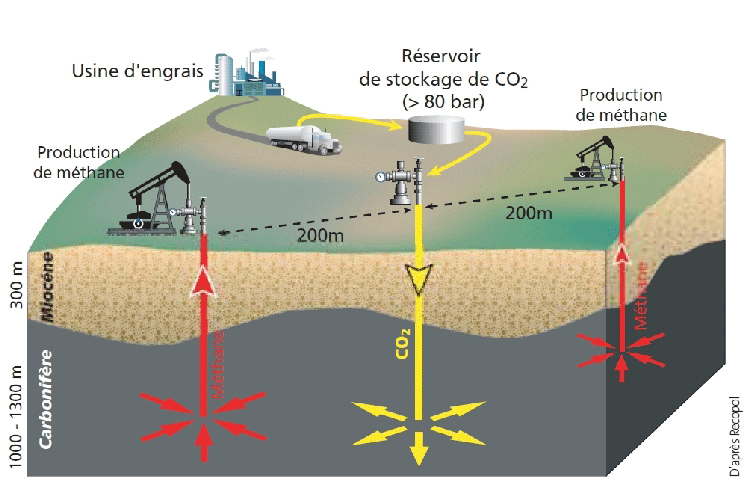 In November 2001, the European Union launched the RECOPOL project (reduction of CO2 emissions via storage in a coal seam, Poland). An international consortium was created to follow the project, made of research institutes, universities, European oil and gas companies. France was represented by IFPEN, Gaz de France, Air Liquide and Gazonor. The selected site was the Silesia basin, where both methane production wells had already been running since 1996. The CO2 supplied by Air Liquide was conveyed via truck.

The European project served the same purpose as Coal-Seq (USA) and ECBM (Canada) projects: assess the feasibility of CO2 injection in coal seams. It also relied on models and laboratory experiments as references for help in the decision-making process of involved industrialists. The output of injected gas, originally 1 to 3 tons a day, increased to 12 to 15 tons a day in April 2005, which helped study coal seams injection potential. In total, near 760 tons of CO2 were injected between August 2004 and June 2005.

Conceptual model of the RECOPOL site

The Canadian project ECBM, started in 1997, proved it was possible to store CO2 efficiently in coal structures.

Coal-Seq was launched in the United States in October 2000, and demonstrated that CO2 injection was cost-effective when associated with methane recovery. 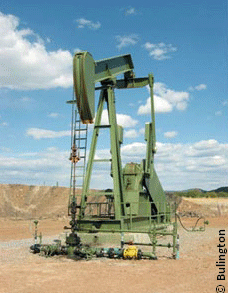