After it has been captured, the CO2 must be redirected to a site of storage or someplace to be re-used. Given the volumes of gas, the only possible full-scale solutions lie in the use of pipelines or ships (tankers). 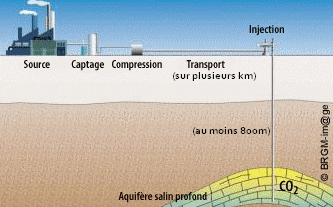 A means of transportation already commonly used worldwide for other applications

Transportation of CO2 via onshore or offshore pipeline is quite a comfortable solution. The gas, mainly inert, is already transported via pipeline for Enhanced Oil Recovery (CO2-EOR) actions – about 3 000 km worldwide, mainly in the United States where this method has been used since 1980 to carry 50 million tons of CO2 per year.

Caption: Transferring CO2 from where it is emitted to its storage site requires a whole series of operations – capture, compression, transportation (here via pipeline) and injection.

When transported via pipeline, the CO2 is in a supercritical state – at a pressure greater than 74 bar and a temperature higher than 31°C. This type of transportation may also involve midway recompressions, depending on the distance.

Researches also consider the possibility of transport CO2 at a liquid state with the right temperature and pressure conditions (for instance 10 bar and -40°C). This solution requires a good isolation of the pipes. However, an entire network would still need to be built in order to convey CO2 from factories to storage sites.

Caption: CO2 can be conveyed through pipelines of the same type that is used for transportation of natural gas, such as here in Wyoming (United States). 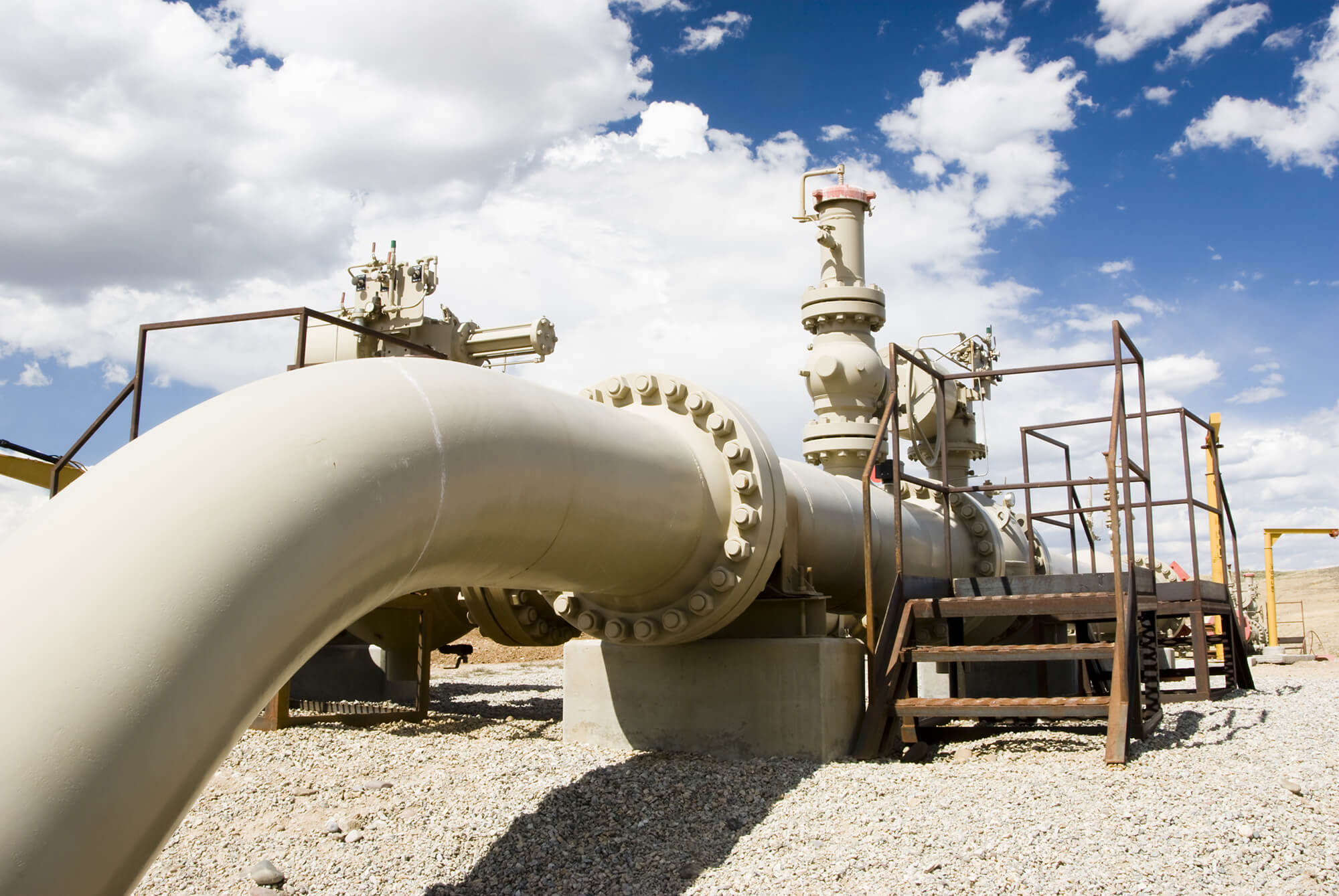 A promising method for longer distances or offshore storage

After a thousand kilometers, transporting in a ship seems more economical than via offshore pipelines, considering a yearly gas volume of 6 megatons1. The methane transporters in service can contain between 120 000 and 150 000m3 of CO2. The density of carbon dioxide being almost twice and half superior to that of methane – 1 032kg/m3 compared to 423kg/m3 –, the tanks do not need to be as big to transport CO2. Some studies suggest tankers of smaller capacities should be used (10 000 to 30 000m3)2.

Caption: Tankers such as this, currently used for transportation of liquefied petroleum gas (LPG), could be used to convey CO2. 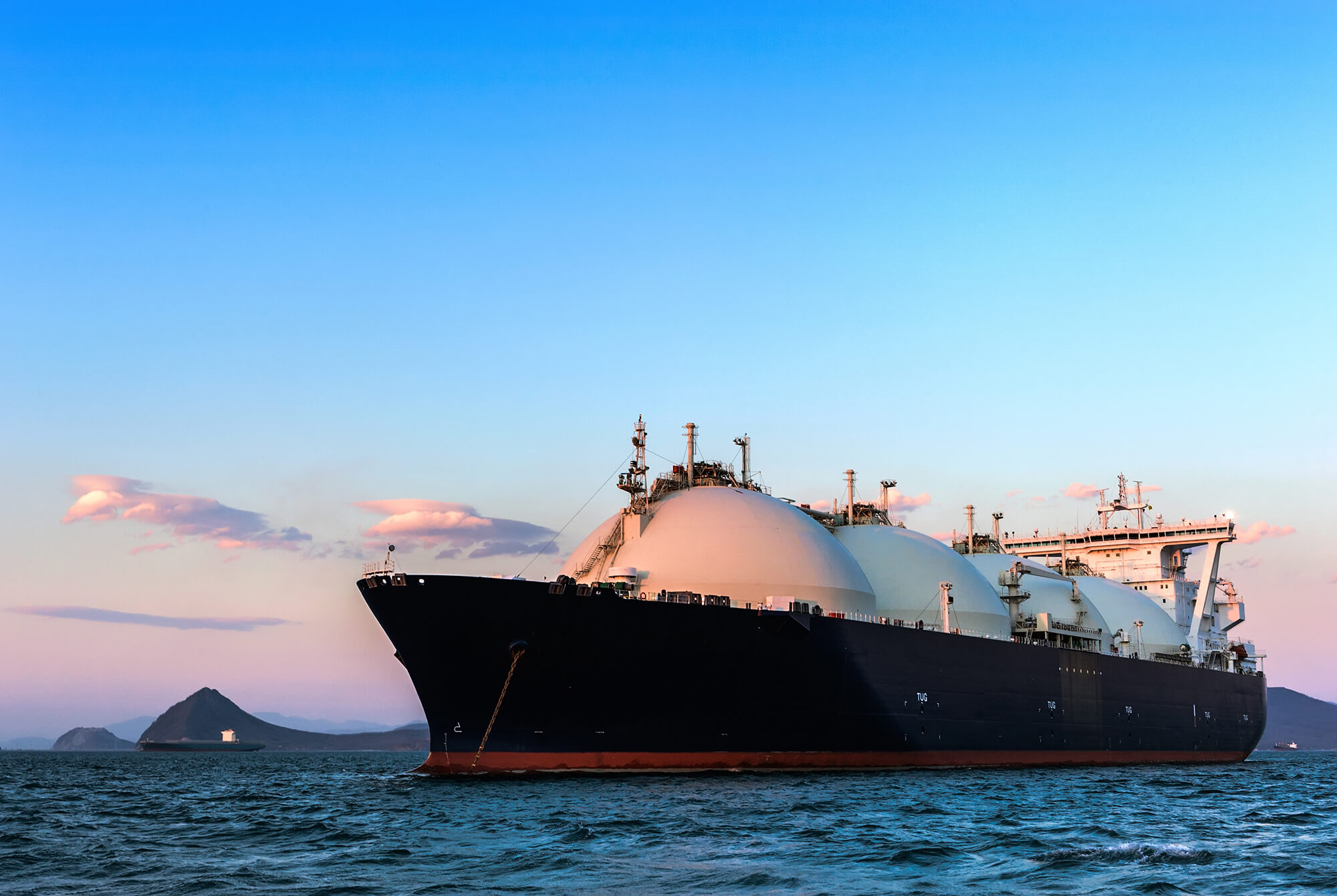 Tankers or pipeline: what is the right choice ?

The price for transporting CO2 via pipeline from the site of capture to the storage site varies between 0.5€ and 10€ for a distance of 100km. This difference stems from the nature of the areas that it has to go through – a submarine pipeline for instance costs three times more than a network built on land.

Boat transportation is less costly on greater distances, but also less convenient as it requires important buffer stocks to face variability of supply. It is currently in a phase of development.

The carbon footprint, environmental impact and risk analysis of both methods are not very well known yet as there is only little feedback on the subject. This calls for more analysis in order to ensure the carbon footprint stays positive and transportation on long distances coherent.

What challenges for the future ?

The development of CO2 transportation methods does not only depend on technological issues. Just like with storage, other environmental and societal concerns must be taken into account. Numerous studies on legal obligations, safety and vicinity try to solve these issues.

CO2 transportation entails very specific technical constraints: the tanks and pipes must be kept free from corrosion, resulting from the presence of water. This problem can be easily solved by purification, a thorough dehydration and the use of corrosion suppressant.

Study the impact of the impurities contained in CO2

The captured CO2 is never 100% pure, for depending on the nature of the fuel (oil, natural gas or coal) and the capturing technique (postcombustion, oxycombustion or precombustion), different heavy metals can be found in the gas mix with CO2. Their potential effect on transportation and over ground installations to this day remains complex and little known.