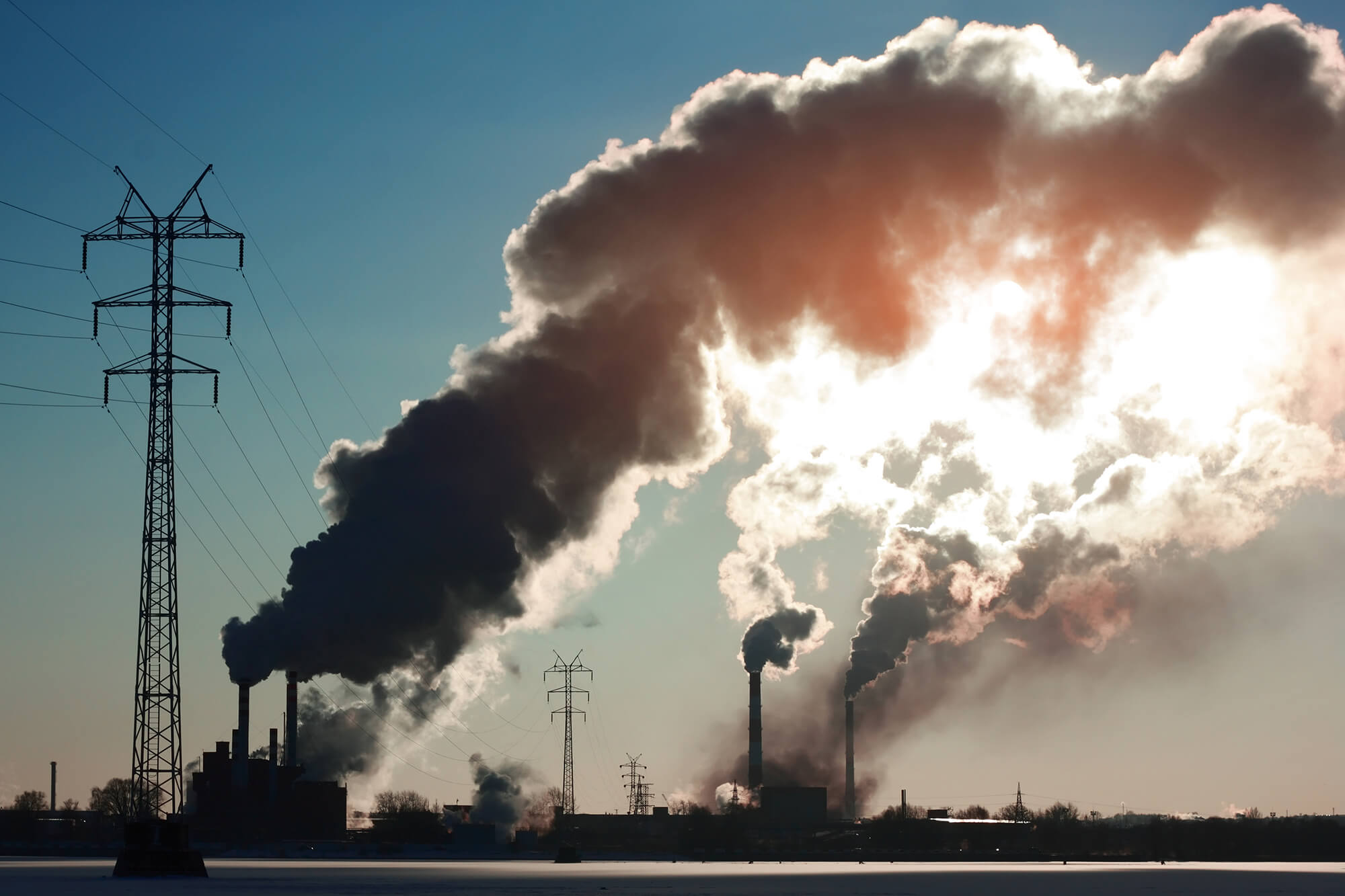 Human activity in the front line

After much scientific controversy on the origins of climate change, human activity is now acknowledged to be the main cause for it
Our living habits and activities – such as the use of fossil fuel (coal, oil or gas) and chemicals, livestock farming and deforestation – are the main cause for greenhouse gases (GHGs) emissions. It is mainly due to carbon dioxide (CO2), which atmospheric concentration rose from 280 parts per million (ppm) to 379 ppm since the beginning of the industrial era. 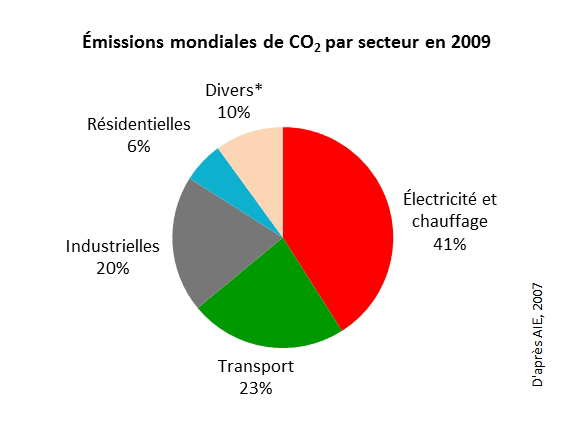 *Misc. includes private/public sectors, agriculture/ forest exploitation, fishing, power industries other than electricity and heat production, and other emissions not counted elsewhere.
Caption : Emissions linked to power, heat and transportation accounted for about two thirds of CO2 world emissions in 2009
Power and heat production represented by far the biggest share of CO2 world emissions (41%) in 2009. Globally, this sector is mainly based on the use of coal – the fossil fuel containing the most carbon – which reflects on its share of emissions.
The transport sector, second biggest emitter, represented 23% of world emissions in 2009. The demand for transportation at global level is not projected to be decreasing in the years to come, and the World Energy Council even predicts that the fuel demand for this sector will have increased by 40% by 2035.

The CO2 we draw from the subsoil piles up into the atmosphere, thus disrupting the delicate mechanisms of climate for many years. Indeed, a decrease in fossil fuel consumption cannot even result in an immediate decline of CO2 atmospheric concentration, which stays for centuries in the atmosphere. 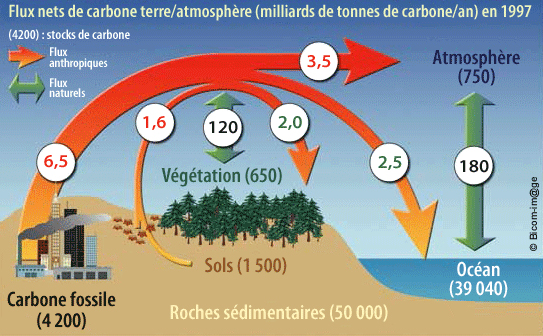 CO2 world emissions linked to human activity reach 30 billion tons (Gton) per year, which corresponds to 8.1 Gton* of carbon: 6.5 Gton (or 80%) emanate from fossil fuel combustion (for heating, lighting, transportation and industry) and 1.6 Gton (20%) from deforestation and agriculture. These Anthropogenic emissions are only partly absorbed by carbon sinks : 2.5 Gton by oceans and 2 Gton by vegetation and soils. This leaves 3.5 C Gton every year that pile up in atmosphere and disrupts climate. 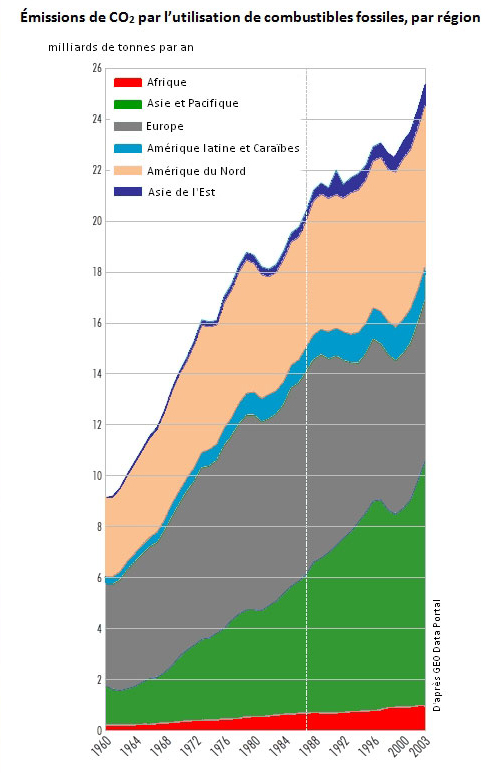 …and CO2 emissions stay on the rise

Fossil fuel production and consumption (oil, gas and coal) keep on intensifying since the industrial era. This rise is linked to the concurrence of two factors: demographic growth on one hand, and our dependency to fossil energies on the other hand.

World population keeps growing ever more. Energetic scenarios devised by international experts predict a 50% rise in planetary demand in 20 years from now given the evolution of world population, growing from 7 to 9 billion people by 2050.

This growing demand in energy poses an even bigger problem to the fight against climate change: alternatives energies are not developed enough to serve as a replacement facing such important demand. Yet GHG emissions should be cut right away! The International Energy Agency (IEA) expects that fossil fuel will still be the main source of energy in 2030. 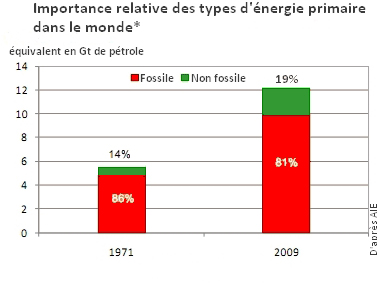 According to IEA, at the current rate, CO2 emissions will exceed 37 billion tons per year around 2030. It is therefore necessary to coordinate and carry out solutions that can respond to the urgency of the situation and neutralize GHG emissions without further ado.